We introduce ourselves. Starting from the sole proprietorship of the company founder and engineer Tim Peters, we hope for a growing number of customers and a soon as steady expansion of our company Peters Engineering. 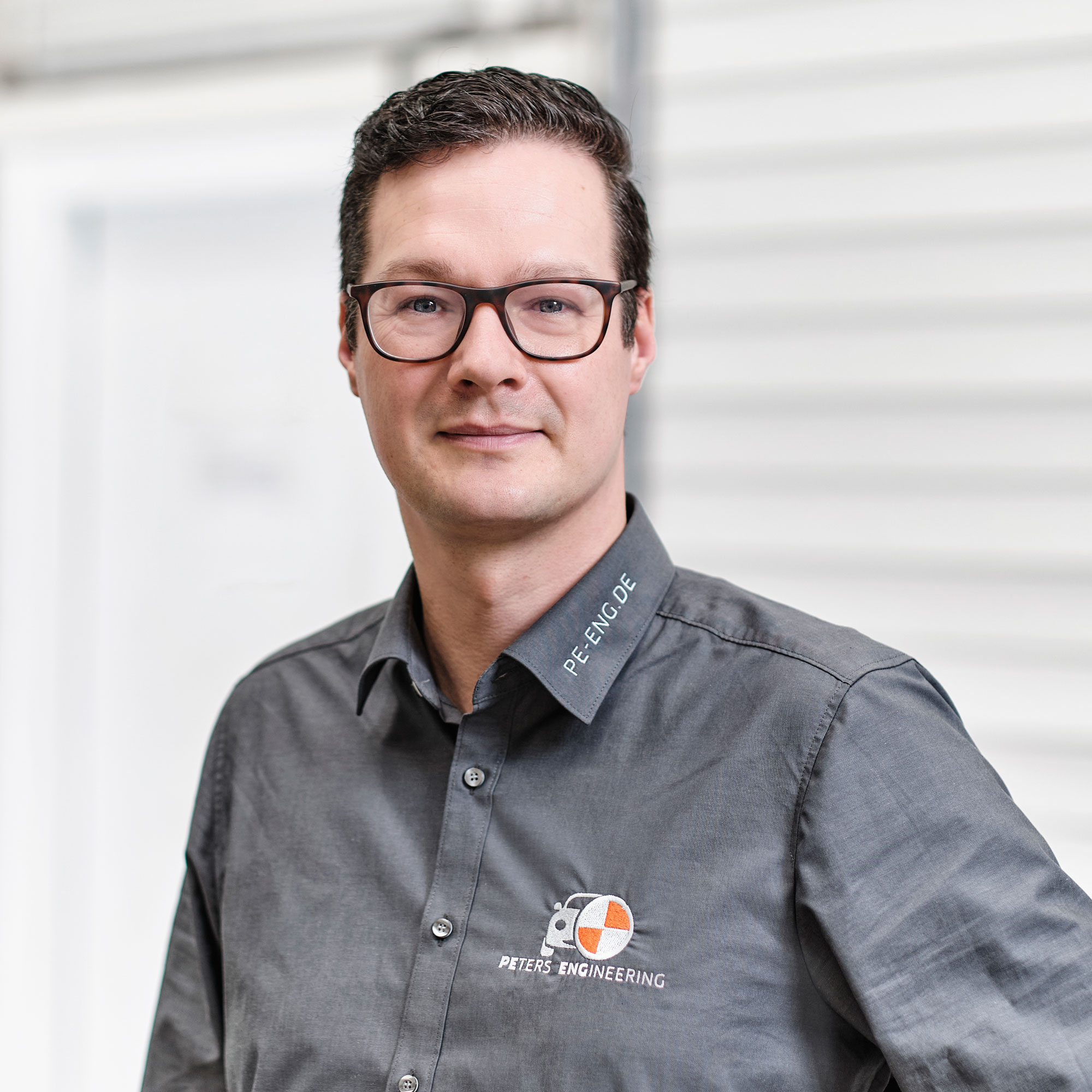 My career in passive safety began in 2002 during my studies. During my studies in automotive engineering at the Hamburg University of Applied Sciences (HAW Hamburg), I had a six-month practical training at the DEKRA crash facility in Neumünster.

After my studies, I deepened and expanded my knowledge as a test engineer at ACTS GmbH & Co.KG in Sailauf. There I worked with worldwide vehicle requirements from September 2003. I was responsible for the accurate execution of crash tests. These were crash tests according to legal requirements or consumer protection specifications.

In April 2006, I switched to vehicle development. Employed by Bertrandt AG, I worked in Ingolstadt for passive safety at AUDI AG. I developed the lateral structure of individual derivatives. I defined the necessary test scopes and compared the results with the prognosis from the simulations. My tasks also included reporting into the team and to the team leaders.

From February 2008, I was responsible for the passive safety of a midsize van at Mercedes-Benz AG in Stuttgart. I was the contact person for all questions regarding the worldwide requirements, both in the line and in the cross-sectional function of the internal committees. I represented the targets of passive safety in the vehicle model, as well as in the pilot phase, in the design and in all later development phases. I accompanied the crash tests in development and certification. In my last years as a development engineer at Mercedes Benz AG, I was responsible for the electrification of the mid-sized Transporter series.

Since the beginning of January 2021, I have opened my own engineering office that deals specifically with the content of passive safety.

At the moment our company has no further employees.